its a Roaring 3-Rex Dinosaur Party!

Move over T-Rex, 3-Rex is taking over the internet! Three year olds love themselves some dinosaurs, and moms are jumping on board with this pun-filled party theme. So when Charlie’s third birthday was coming up, I decided to party like it’s 83 million BC! 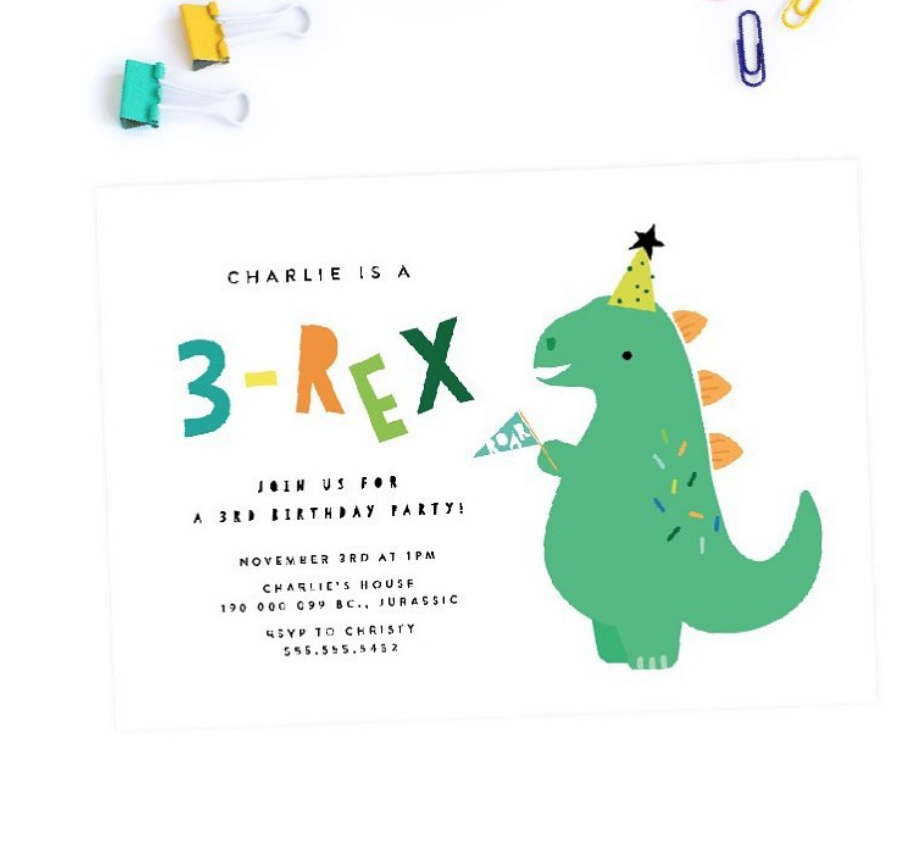 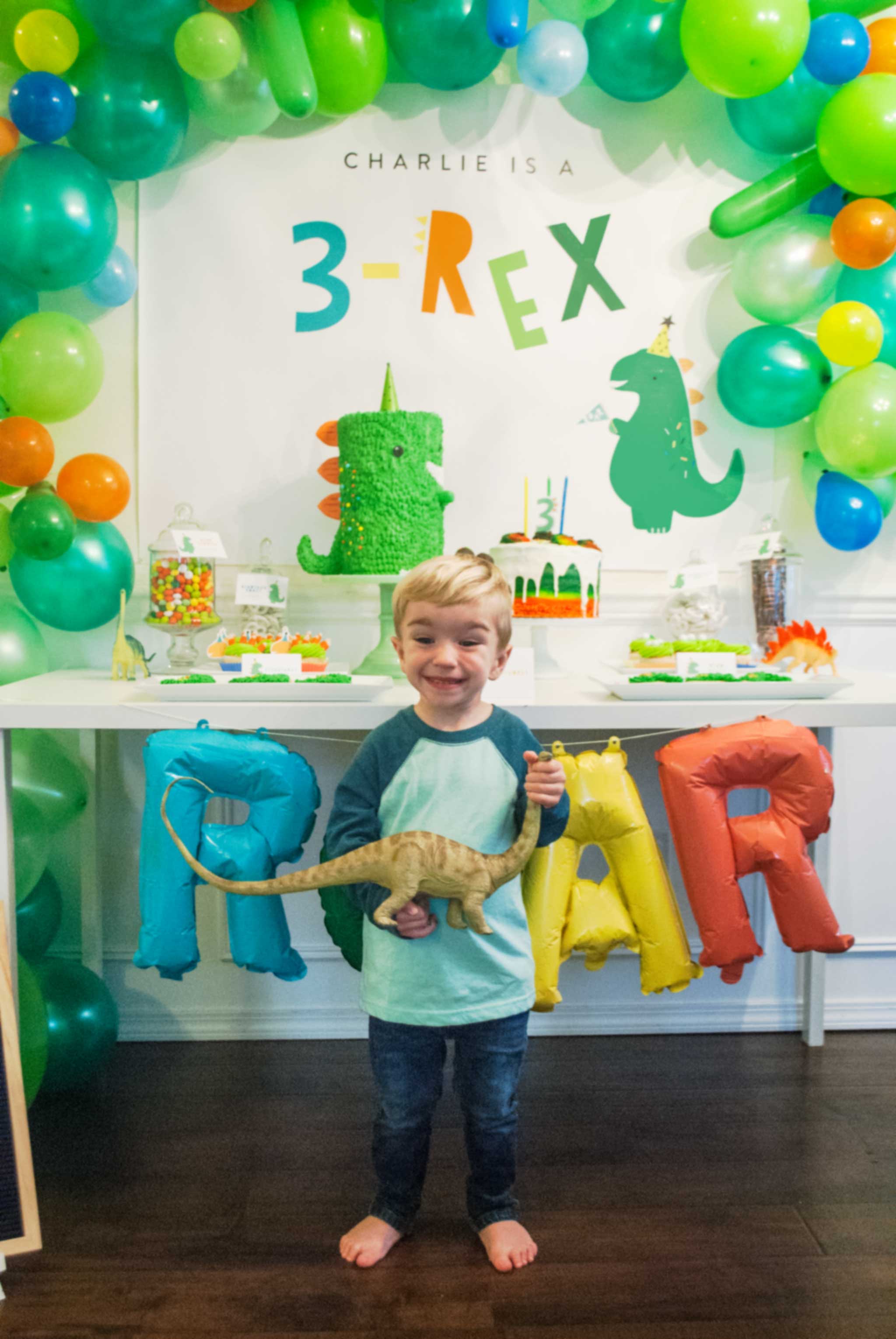 While I love the theme, I don’t love the traditional dinosaur party colors of greens and browns—so I decided to make our 3-Rex party bright and playful, just like my little guy. I started with the Printable 3-Rex Backdrop, lots of balloons, and even got crazy with some spray paint on letter balloons. Charlie loved watching it all come together for “my party!” 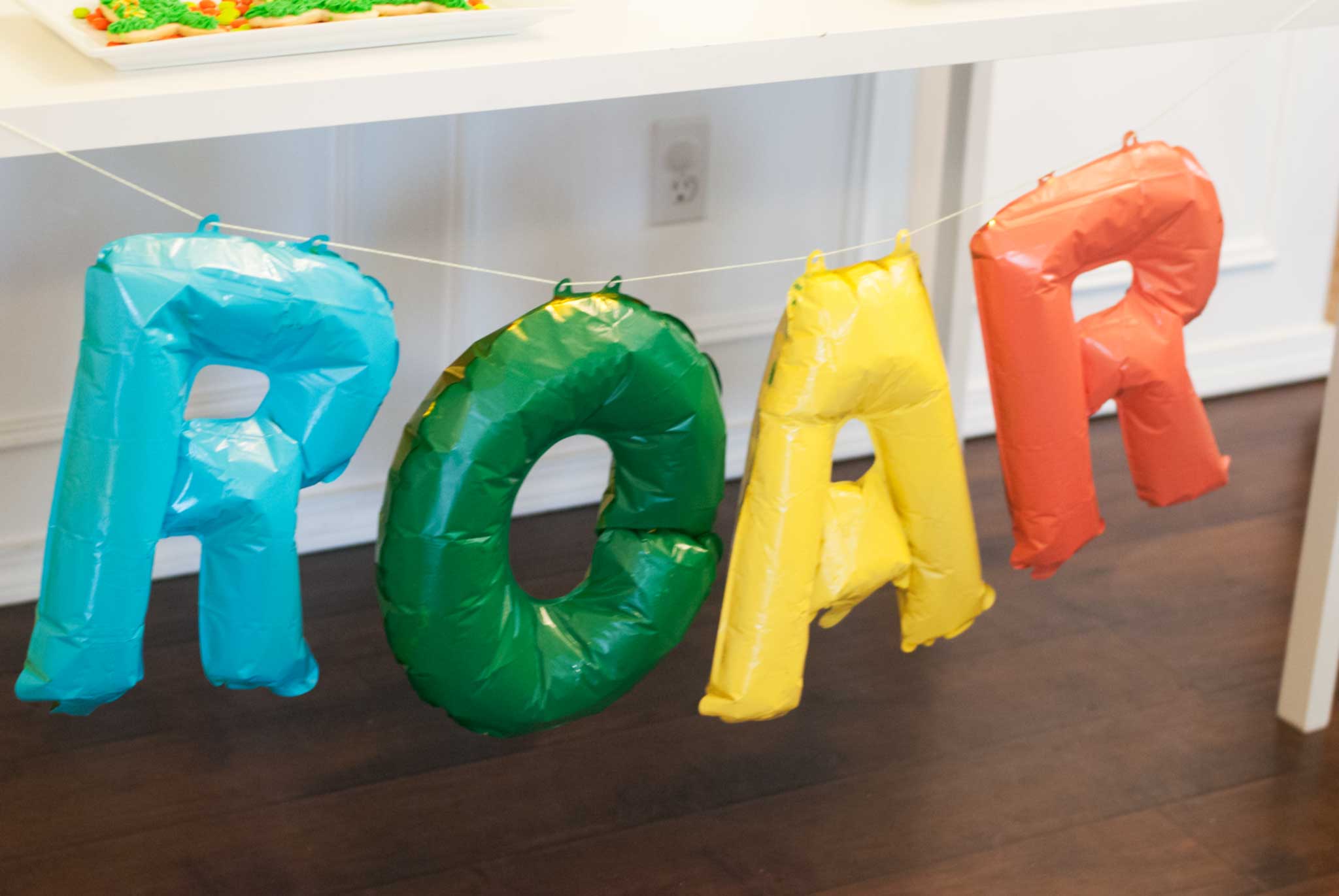 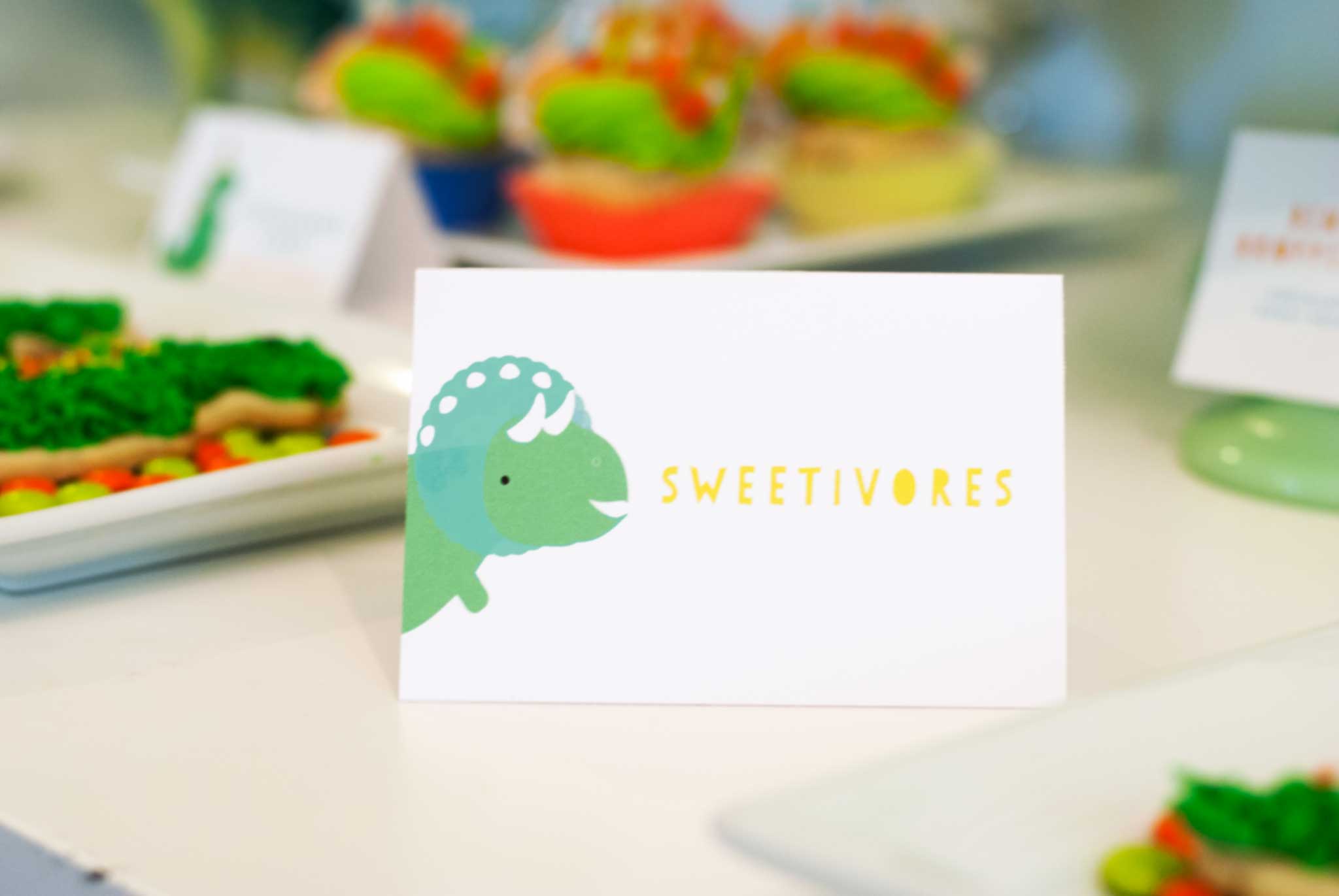 Carnivore, Herbivores and SWEETIVORES were all welcome to our party with a full dessert table setup. 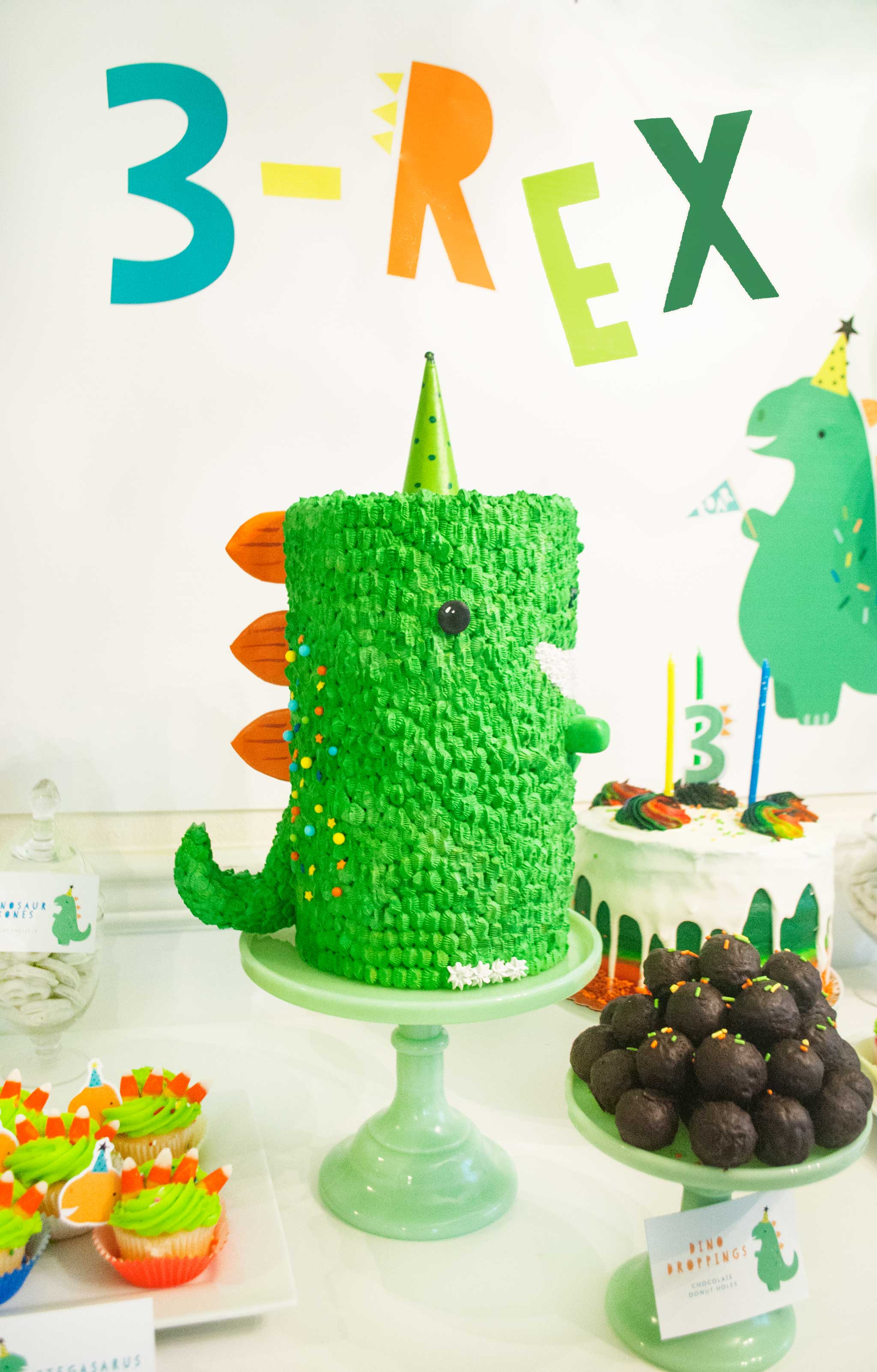 The star of the show ended up being this adorable cake from Confection Deception. She custom created this little guy to match our invitation and printable decorations and I’m in love! The frosting scales, those tiny T-Rex arms, that tail! The cuteness doesn’t stop. 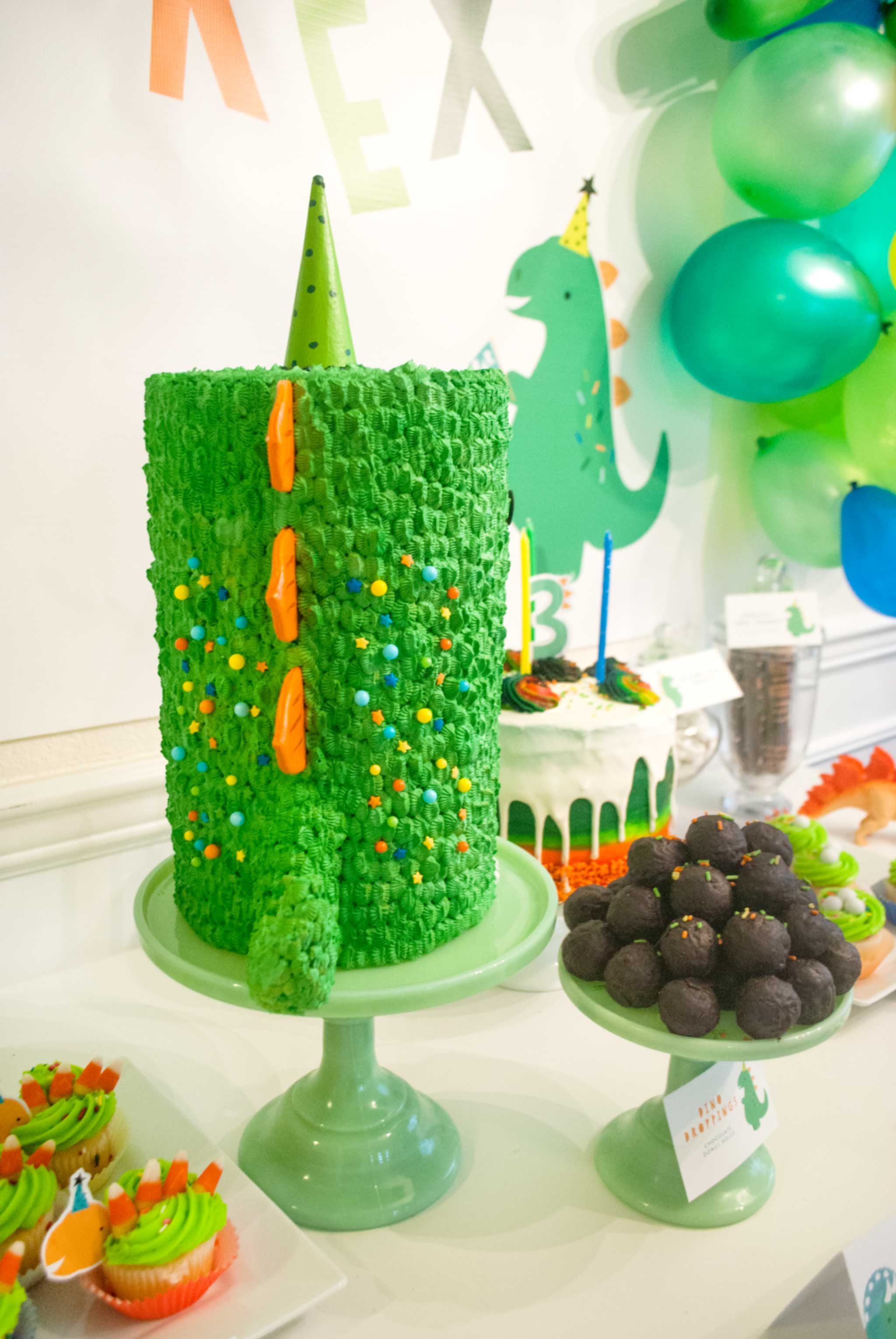 She captured my illustration perfectly right down to his little party hat! 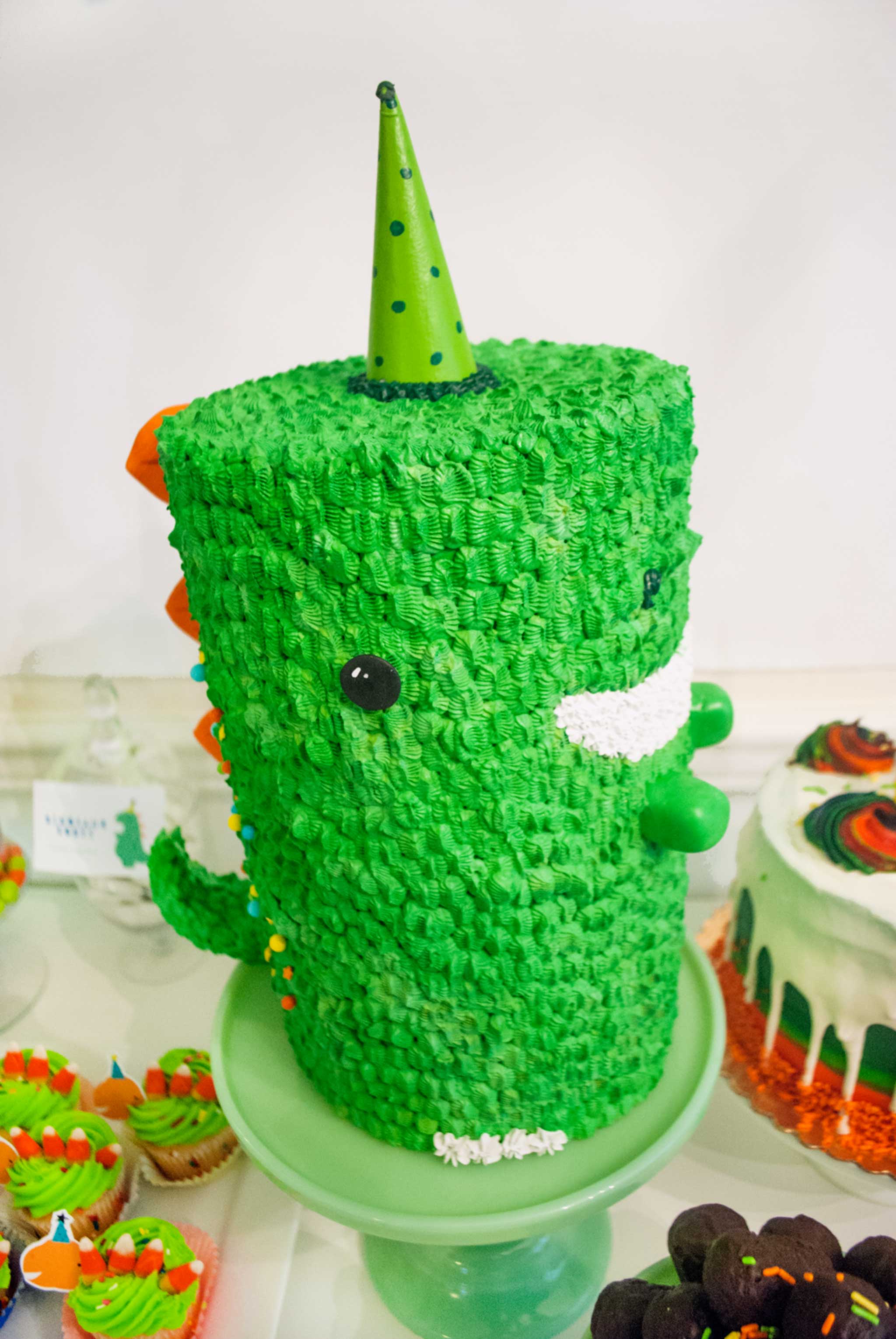 What little boy party would be complete without something slightly funny and icky at the same time! These chocolate donut holes became “Dino droppings” and were a hit with the kids. 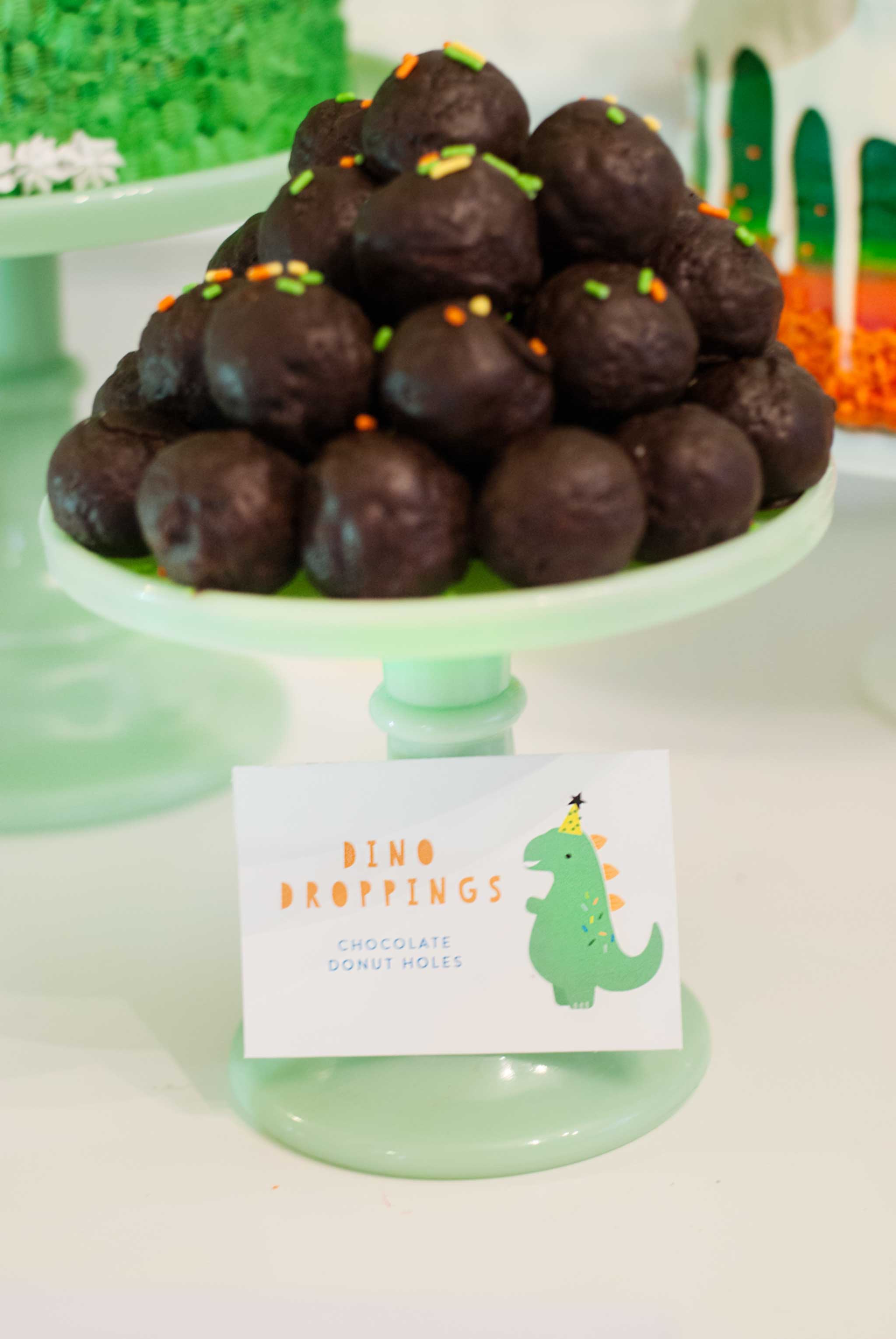 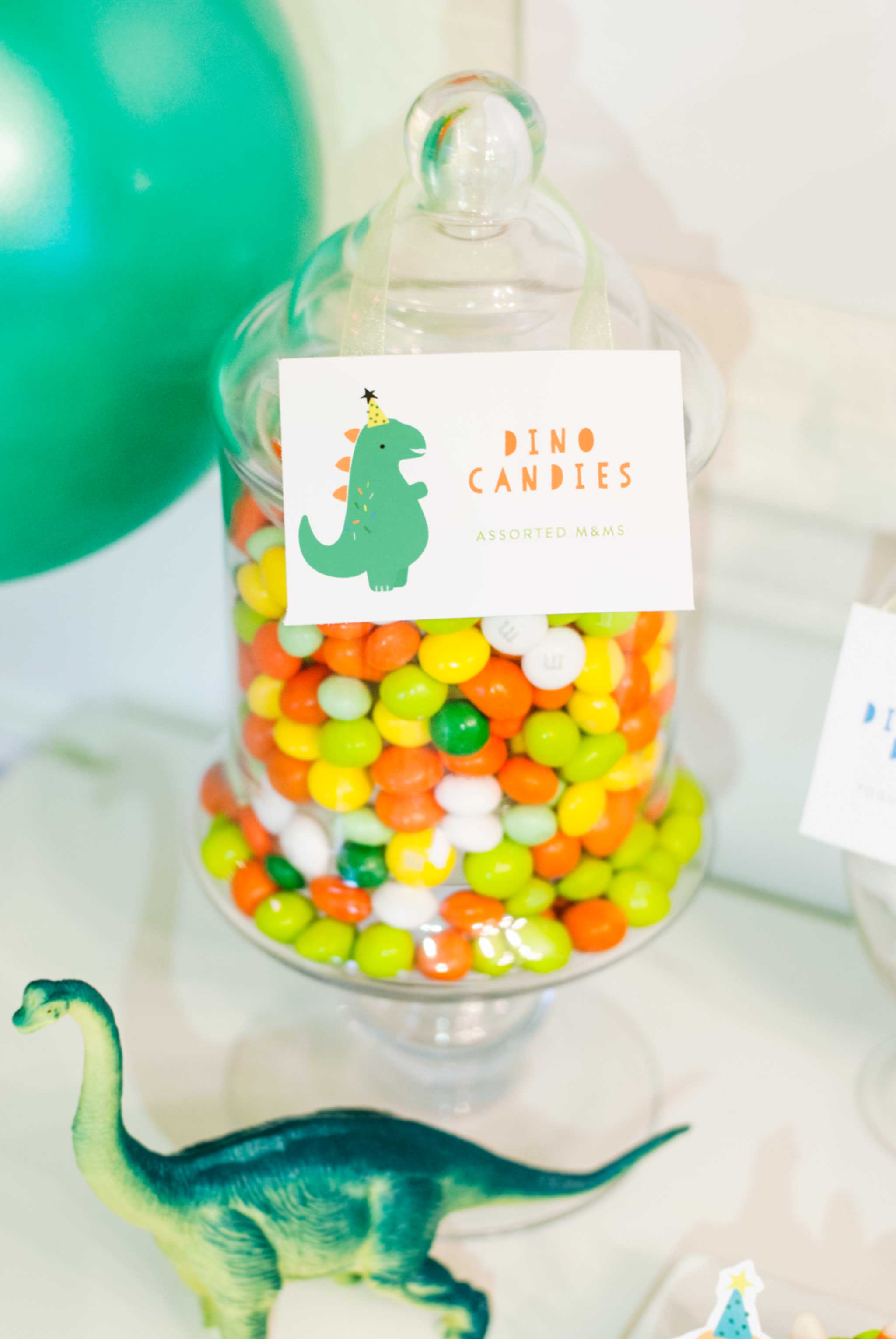 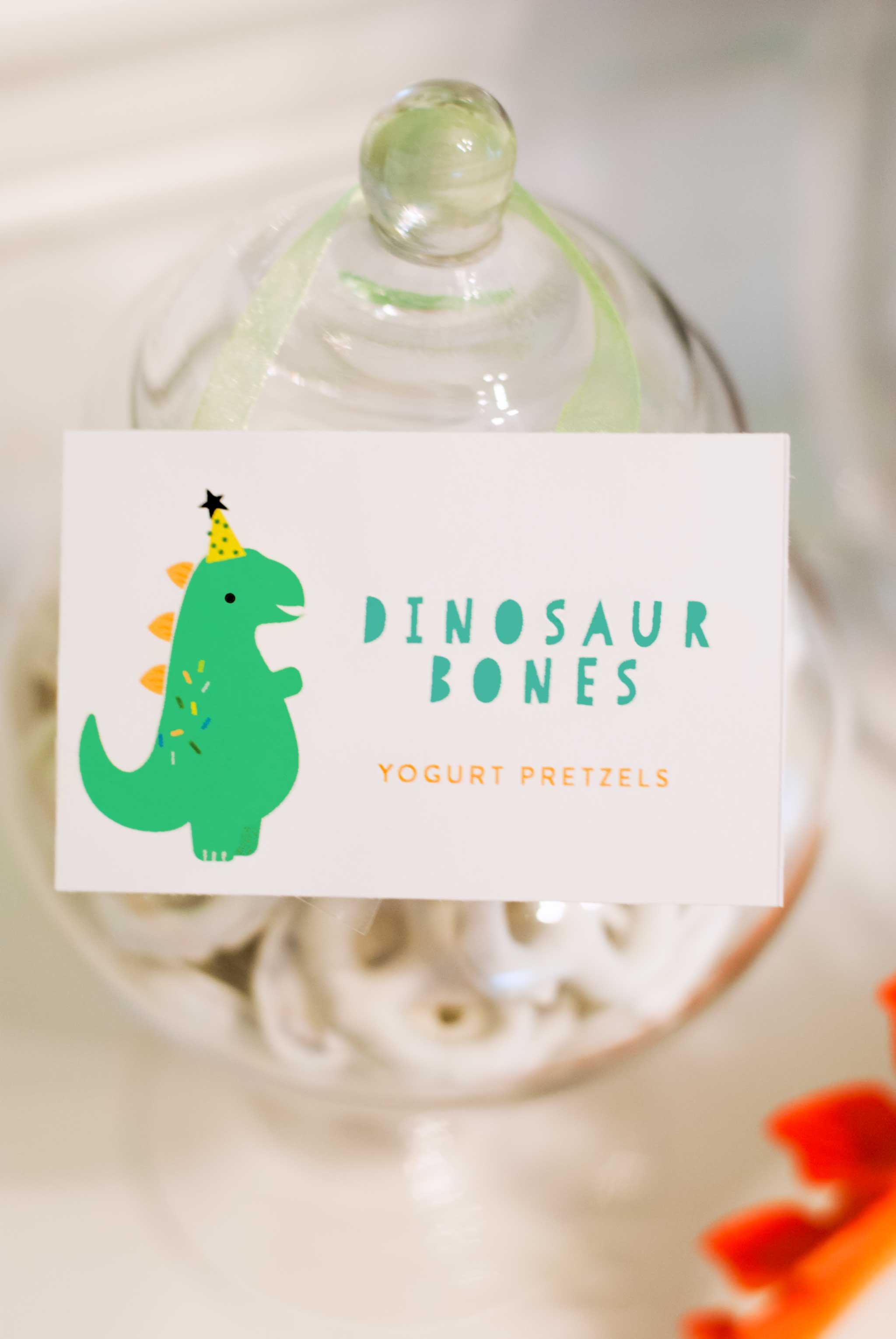 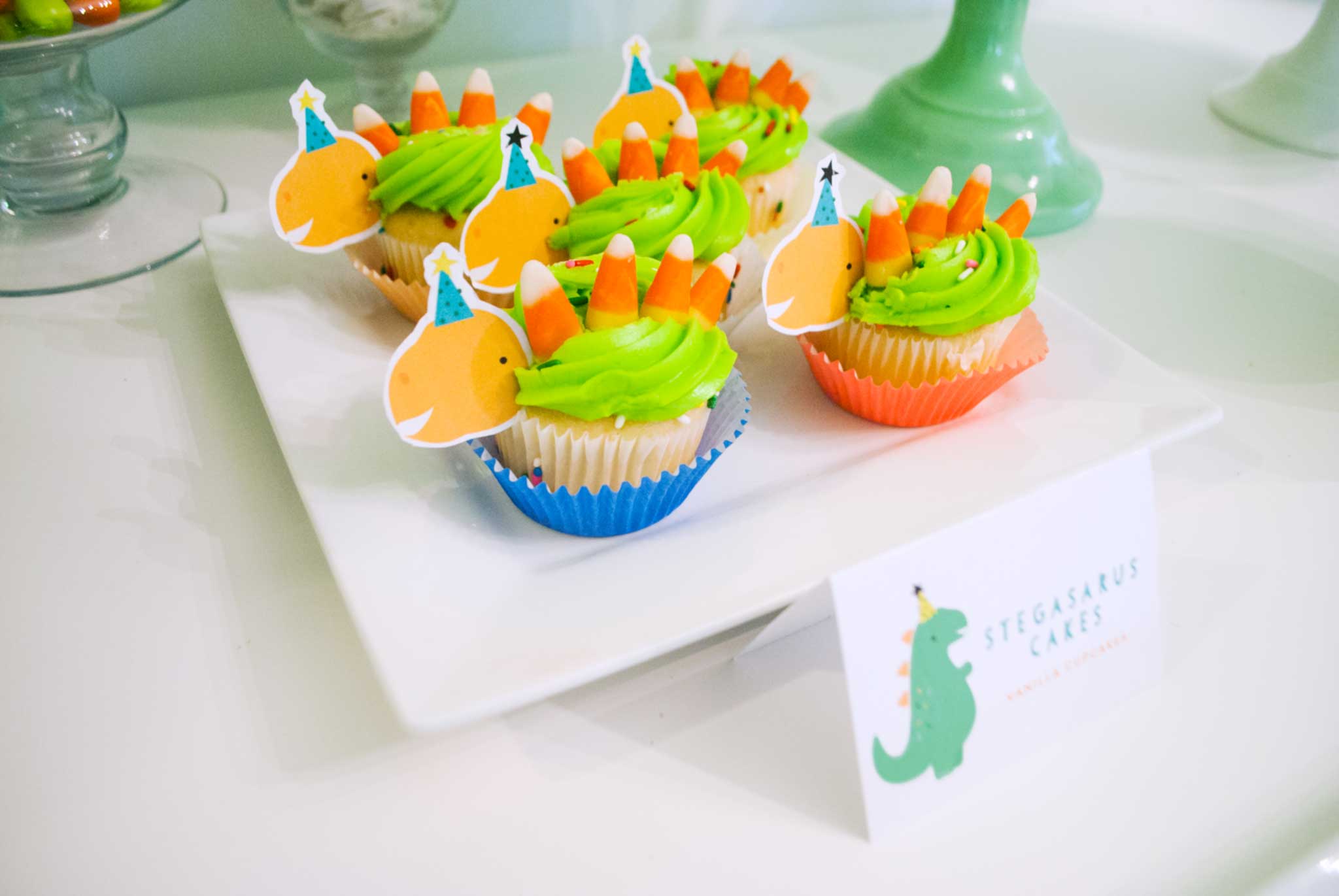 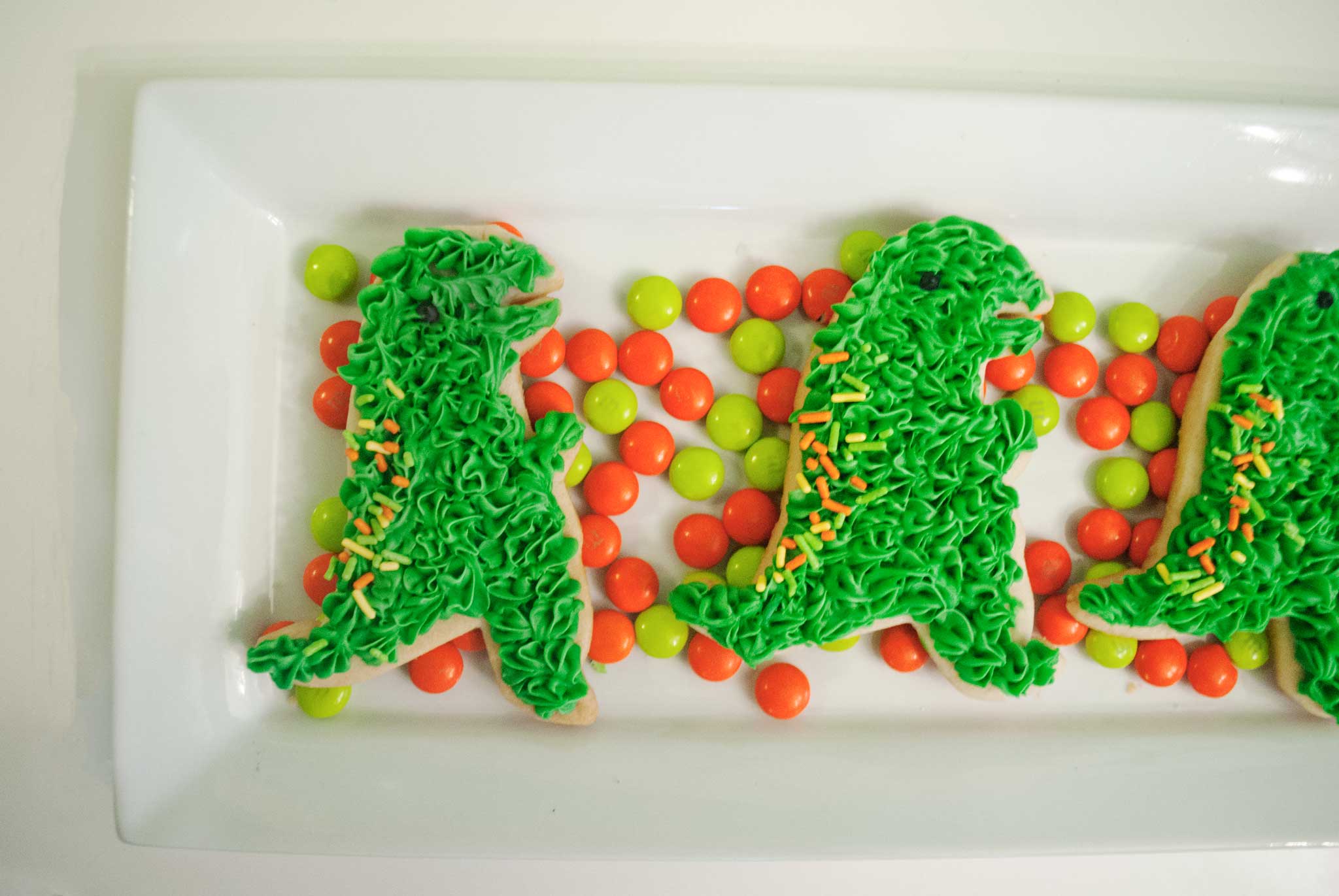 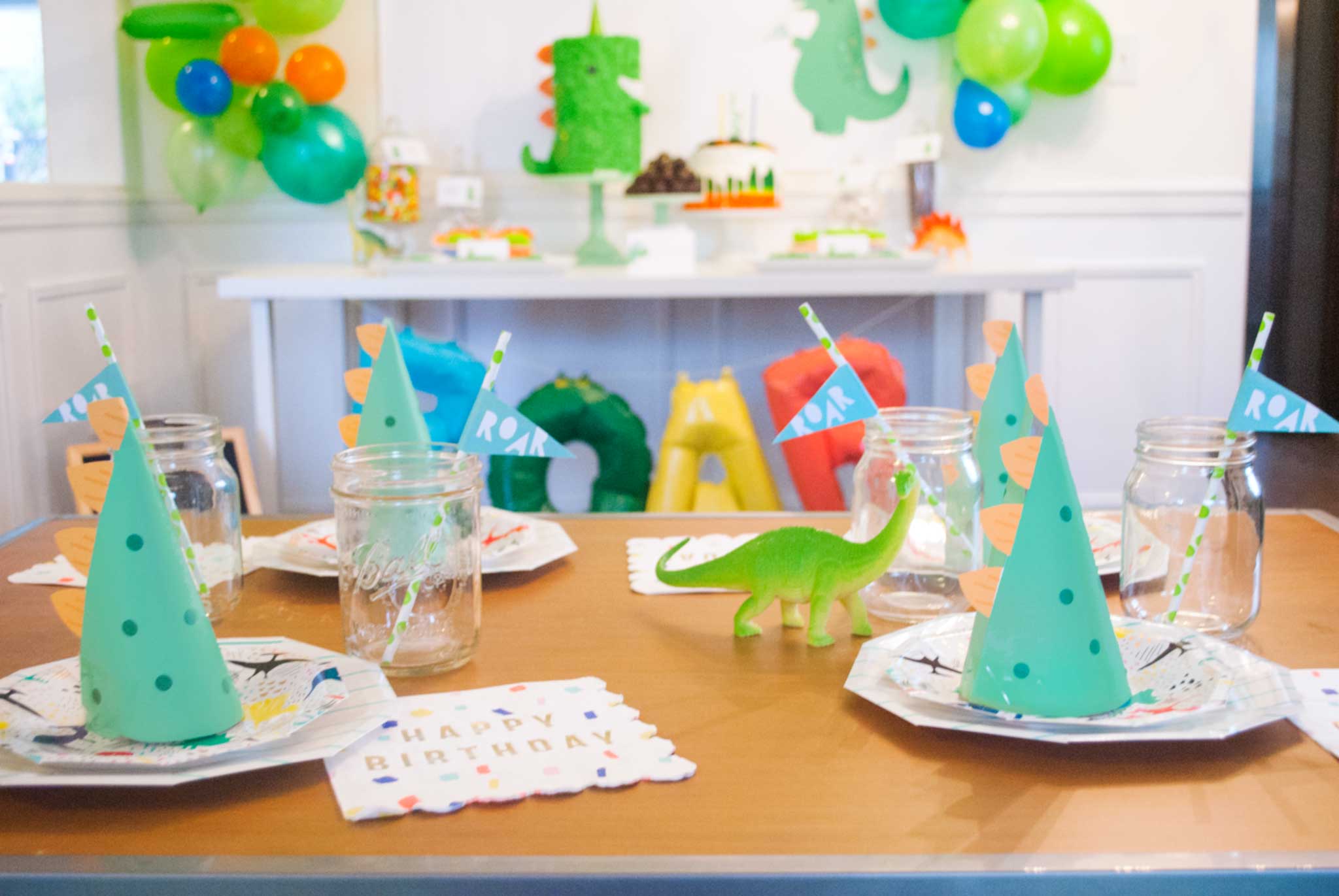 I set the kids table with these perfect bright dinosaur plates from Day Dream Society. I love that they offered them in a fun color palette instead of traditional dinosaur colors. 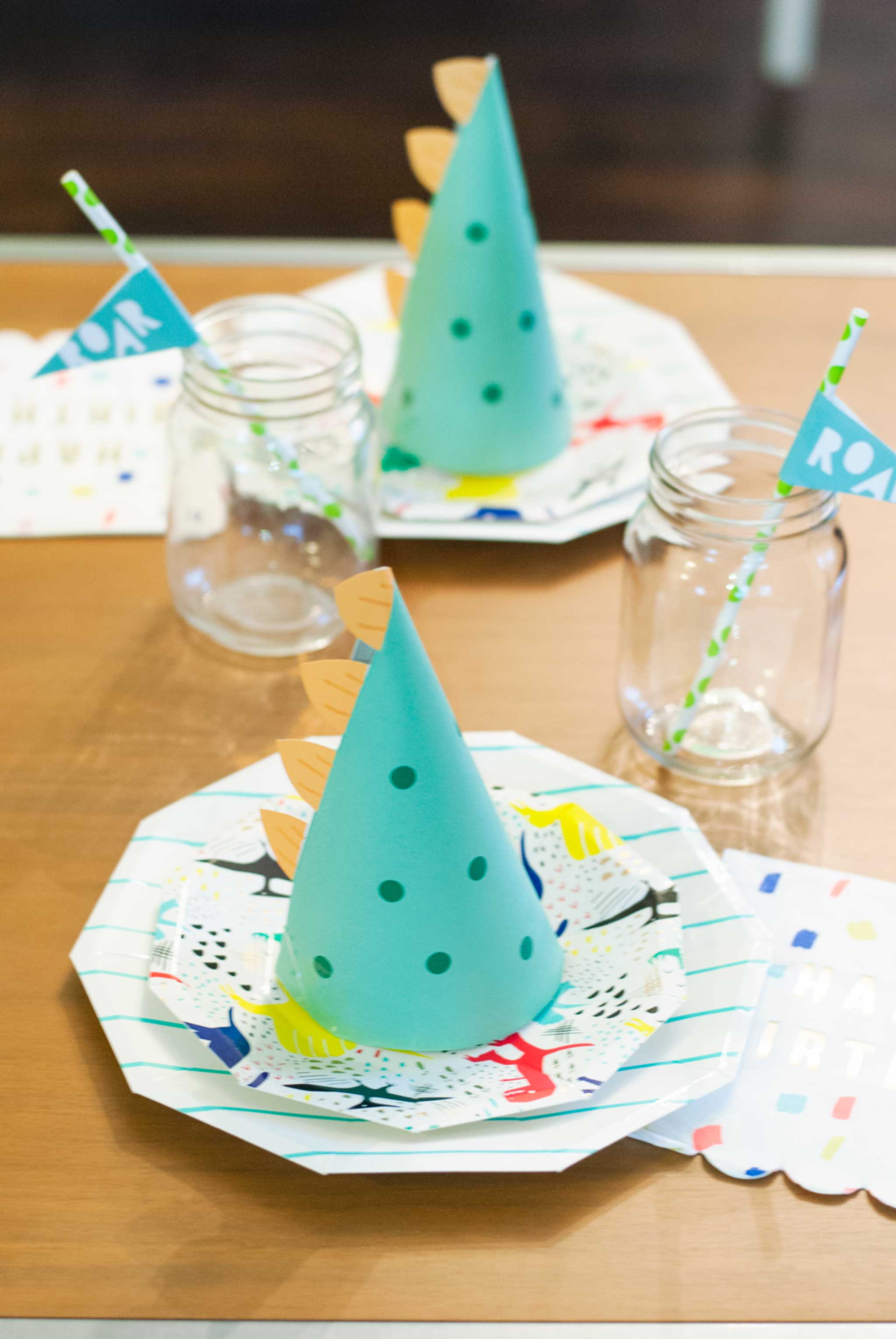 Each little guest had a Printable Dinosaur Party Hat waiting for them at their place setting. 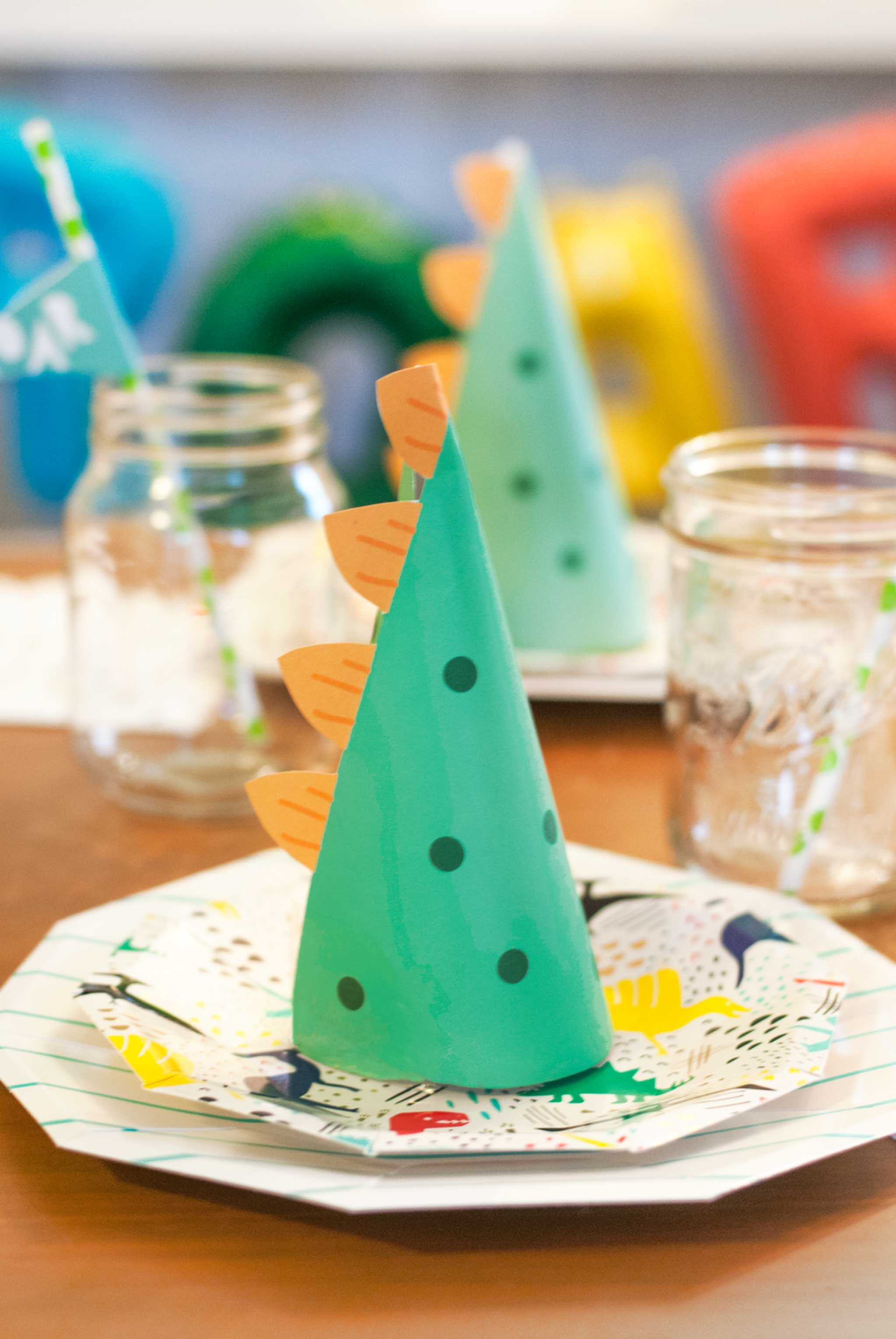 Little guests were each sent home with a favor bag full of treats, including Dinosaur Suckers, bright toy dinosaurs, these cute dino tattoos, dinosaur eggs (easter egg filled with dino treats), Dino Cars! and even some play-doh to make dino prints with.

For our final favor, I couldn’t resist having a little fun with these twist pops with a spin off of our popular Unicorn Party Favors. Instead of a Unicorn with a candy horn we have a Printable Triceratops with candy horn! 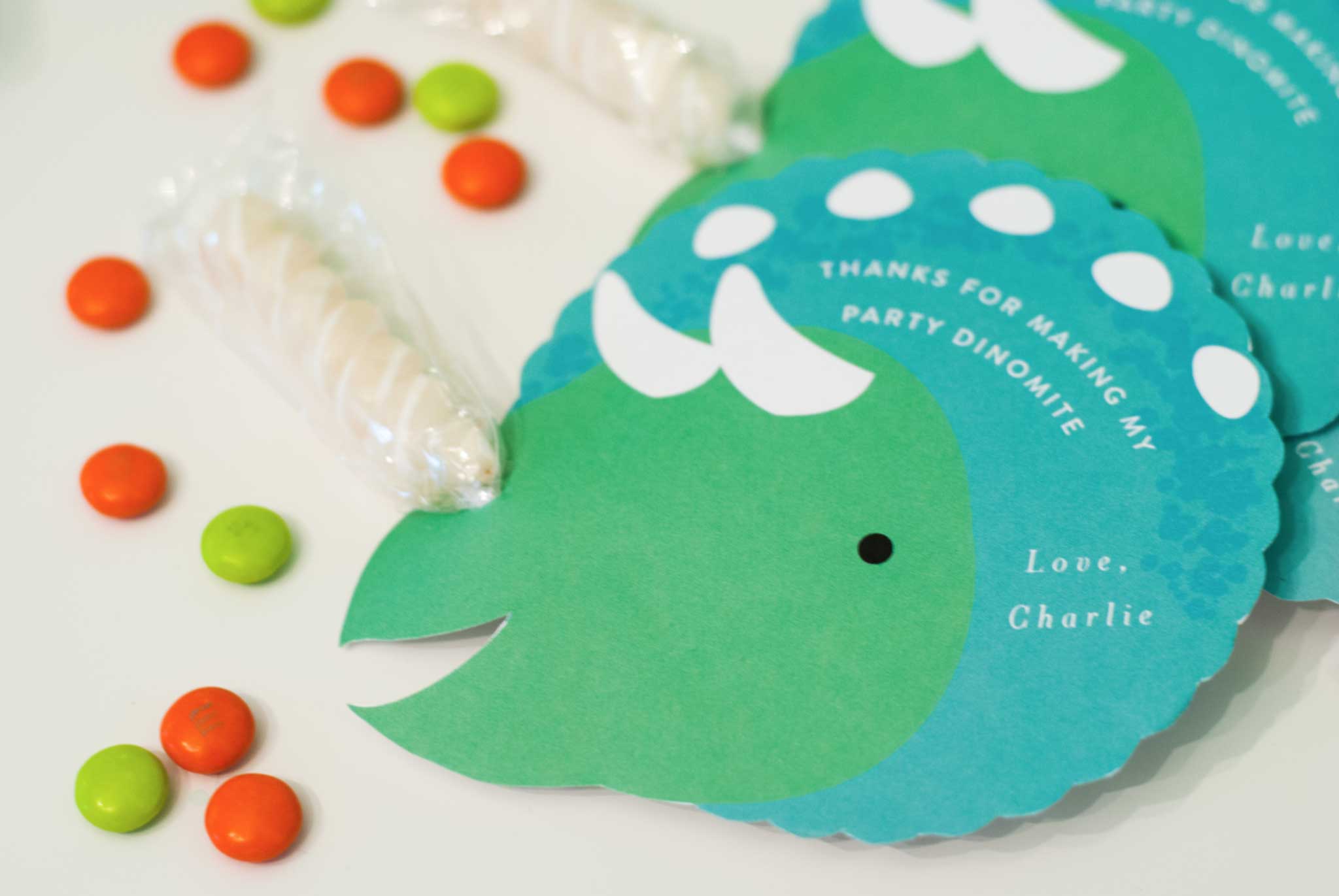 I had so much fun with this theme, hope you guys enjoy it too! Get our full collection of party printables here! Don’t forget the coordinating Invitations. 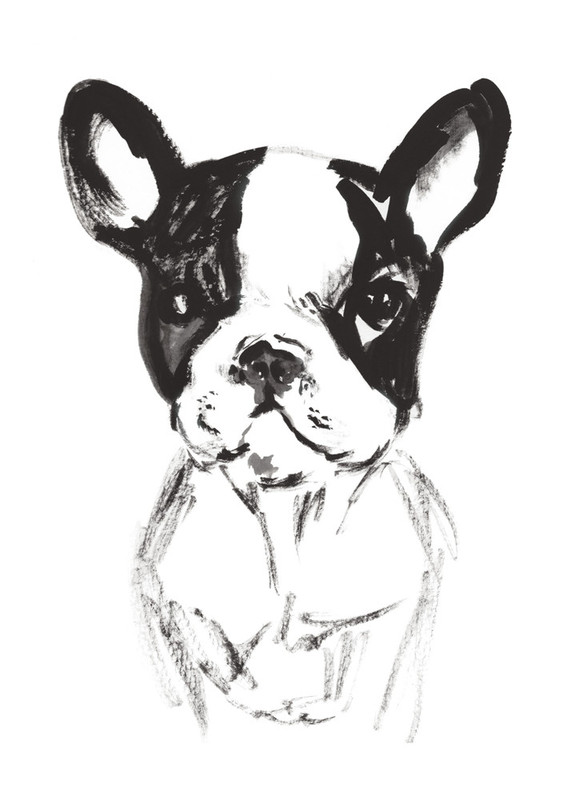 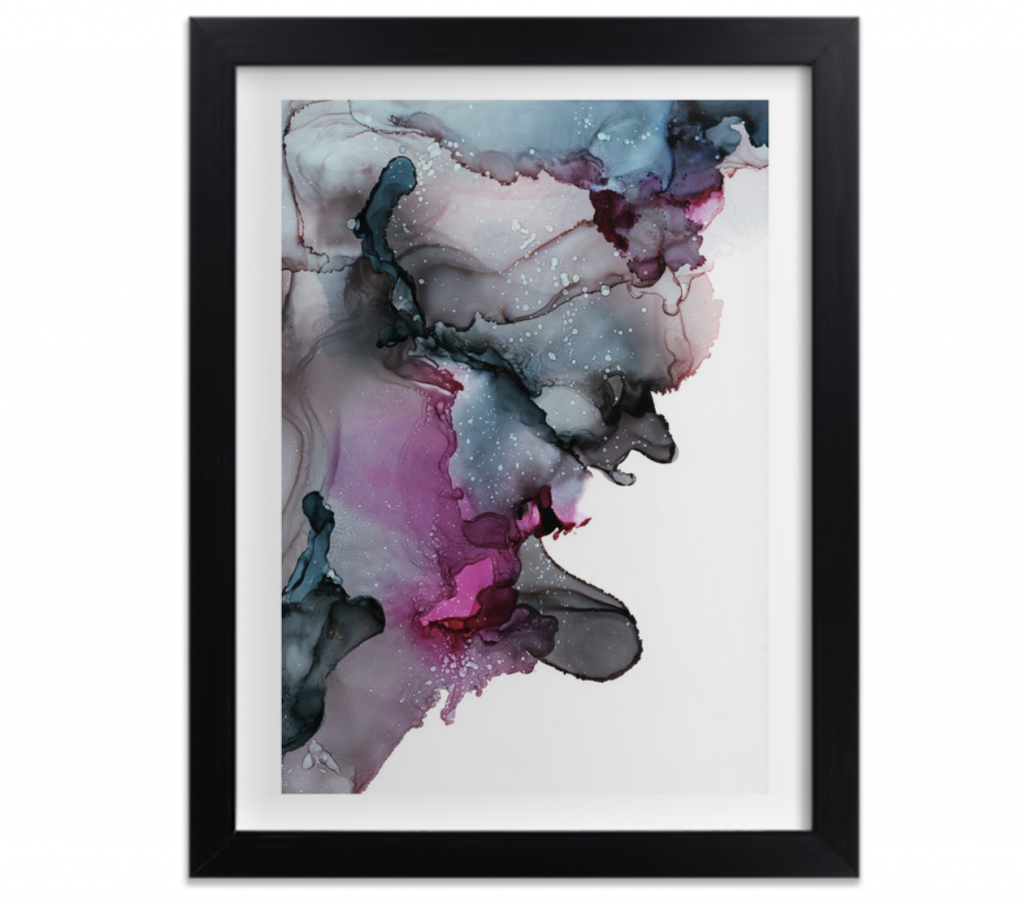 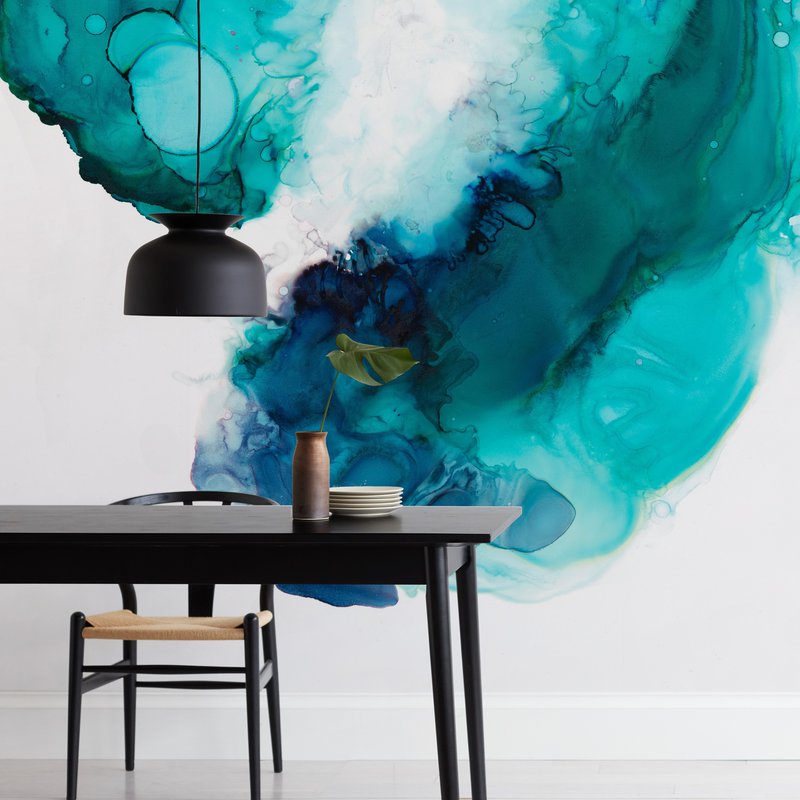 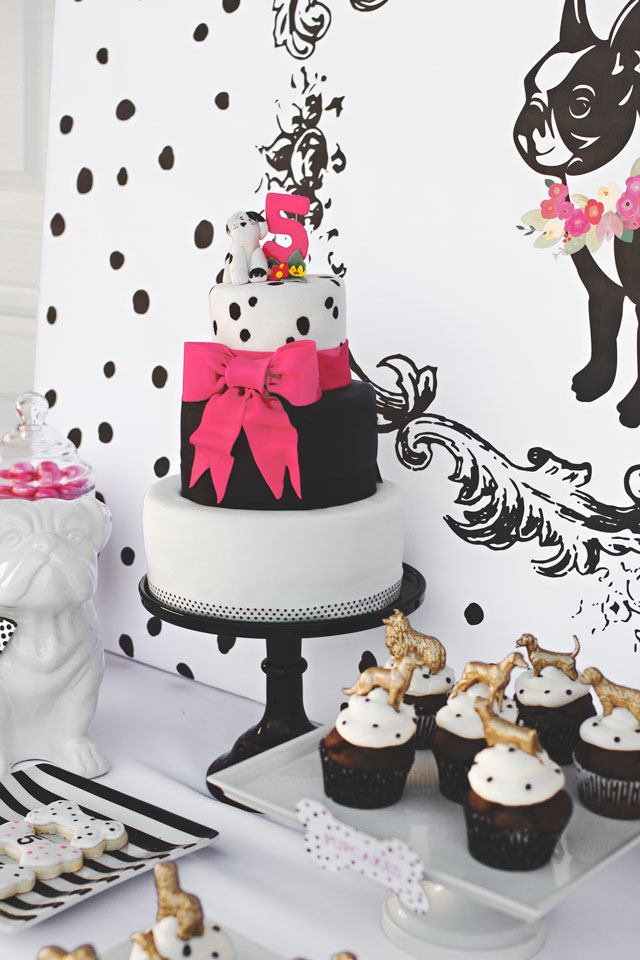 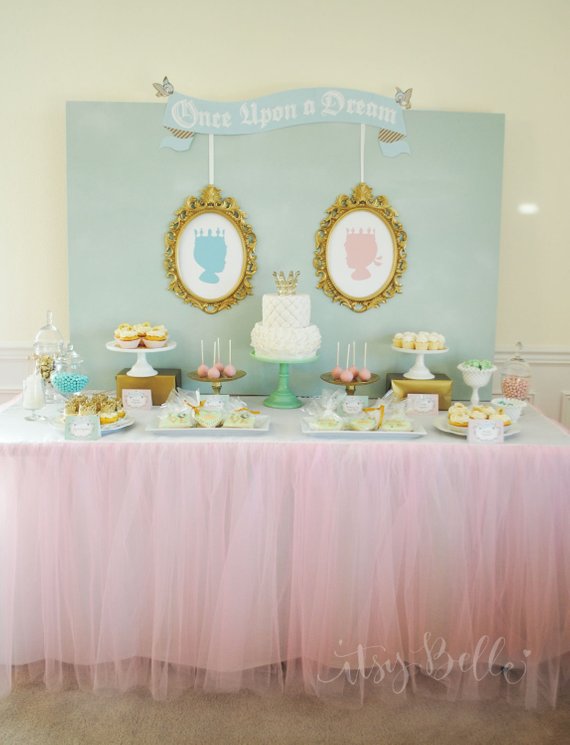 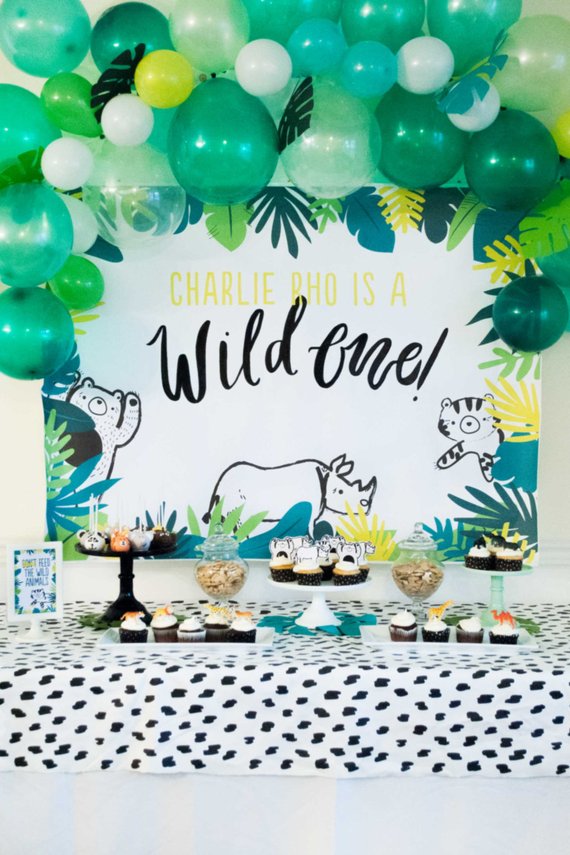 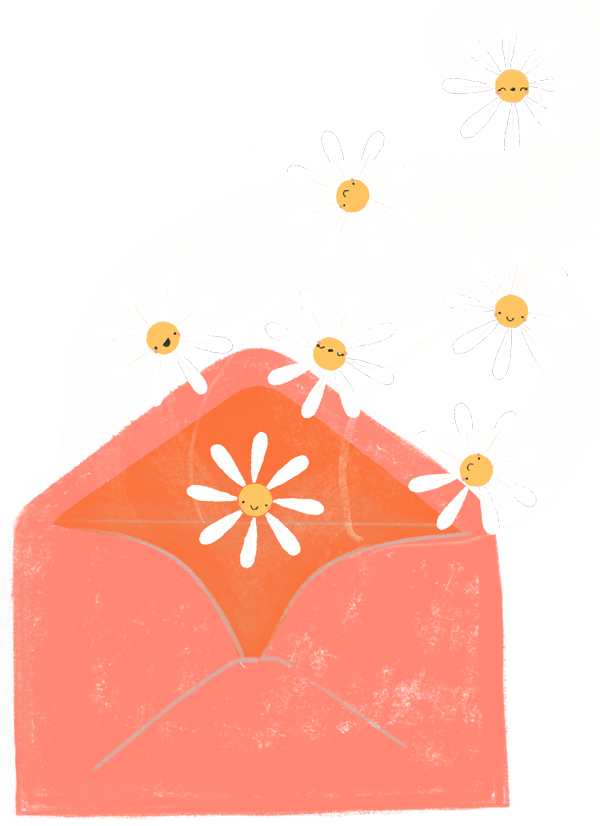